Not satisfied with sitting on the sidelines and waiting for someone else to obey the Lord’s call to action, Sean Feucht continues the fight against the principalities of the world.

In obedience to James chapter 2, Feucht and his team have continued praying for America and praising the name of Jesus Christ in the public square for all to see. He believes that the only hope America has to survive the spiritual onslaught it’s enduring is for the fire of God to be poured out over her people.

“America needs revival. For far too long, our nation has been poisoned by the enemy. Lies have been passed off as truth, and confusion has been sown and taken root,” Feucht wrote. “Children are being brainwashed into questioning biology, rejecting God’s most basic design and replacing it with cooked-up human creations. We see pro-choice pastors extolling the virtues of abortion. People are disparaged based on skin color alone at all levels of society, and even in some pulpits. America. Needs. Revival.”

All is not lost however. Where the Spirit of the Lord is, there is freedom and hope and peace. He yearns for His people’s hearts to turn back to Him and live in righteousness as was originally designed.

To do this, believers must lead by example, as Feucht is doing, and spread the saving knowledge of God’s love for His children and Jesus’ victory at the cross.

Feucht believes that the revival for America is not just wishful thinking, but a very real occurrence taking shape now with victories such as the overturning of Roe v. Wade and the first March for Life that took place since the Supreme Court’s decision.

“God is moving in America. This isn’t just rhetoric, it’s reality. To see the hand of God working, look no further than in the fight for our nations unborn. For decades we have prayed and interceded on behalf of the unborn… Believers from all across America gathered in Washington D.C. on the steps of the Supreme Court, mere feet from where the life-changing ruling came down, and lifted up a shout of praise and thanksgiving for His faithfulness.”

Kingdom to the Capitol Tour

Through 2023 and into 2024, Feucht and his team will conduct the Kingdom to the Capitol Tour. They will be visiting every state capitol in the nation, engaging in the spiritual warfare of praise and worship.

Joined by thousands of others across the world, Feucht and his team implore Christians that there is no better time than now to invite the presence of God down and bring lasting change and freedom into peoples lives across the nation.

“The church is needed now more than ever to continue to rise up and take effective action. In the past two and half years of Let Us Worship, we have worshipped God in the hardest and darkest places, bringing the hope of Jesus where people needed it most,” Feucht shared. “There is no better place to bring the Kingdom in 2023 and 2024 than to each state capitol in America.”

To see when the Kingdom to the Capitol Tour is coming to a capitol near you, check out their website at KingdomtotheCapitol.com. 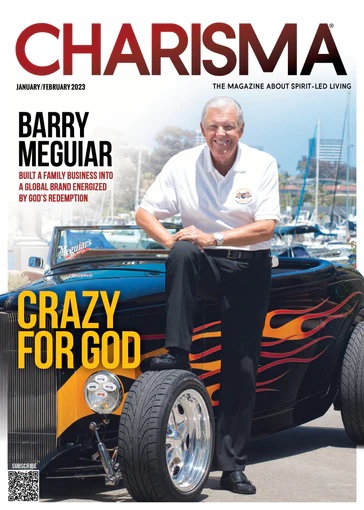