Why Understanding Your Identity Is Key in Spiritual Battles *Note: This is the first of a two-part series.

Understanding your identity is key in spiritual battles. It is the first thing you must do. It is only because of your identity in Yeshua that you can come boldly into the throne room of God and know that you are a victor and that your gifts and armor are already paid and prepared for you.

When you seek God first, He honors you. Part of seeking Him is to understand who He says you are and believe His Word about you. Go into the courts of heaven and know you are washed white as snow.

There’s so much fear, doubt, and anxiety over spiritual warfare. Maybe you have questions about your own circumstances, such as…

First, I want to tell you that spiritual warfare is real. It’s an ongoing battle in the spiritual realm and we battle against demonic forces. And that’s what it says in Ephesians. “We wrestle not against flesh and blood, but powers and principalities, and heavenly hosts in dark places.”

First, they must understand what a spiritual attack is. And if they don’t understand how to battle it in the spirit, then they end up battling it in the flesh.

My experience has been that if I choose to battle a spiritual battle in the flesh, it just gets worse.

That’s kind of how spiritual warfare is.

Battling a spiritual battle God’s way is basically saying, “I’m going to put my soul, my mind, will and emotions and my spirit together with God’s Word, and I’m going to be able to back out of this conflict or this situation.”

Do Warfare Armored Up

The Belt of Truth Speaks of Identity and Gives Authority

Well, a belt is symbolic, of course. It goes across your middle. But if you think about martial arts, a belt is symbolic of what level of experience or authority you’re operating in. But in Hebrew, a belt has to do with your identity because it’s near your groin. When you’re born, the first thing that happens is the doctor lifts you up and looks at that area, and they say it’s a boy, or it’s a girl. There’s a declaration that happens.

And so, when you put on the belt, you’re putting on your identity. Before you go into spiritual warfare, understand that your identity is in Yeshua. You have to shed that identity of your own personal DNA, your past failures, and even your past accomplishments. And just say, “I’m going to identify with who I am in Christ, Yeshua.” You are part of Yeshua’s family. You are a son or a daughter of the Most High King.

Here’s the key: You have covenant rights as a child of God. Think about it this way: You get into a conflict with a business, with an automobile or home contract, at a doctor’s office or with a business partner.

What do you do? You go back to the contract and say, “Okay, what did I agree to? What are my rights?”

There’s a heavenly protocol. There’s a protocol to go into the courts of heaven in spiritual warfare. You need to know two main things…

When you go into the courts and do spiritual warfare, you put God into remembrance of His Word and believe Him at His Word.

It’s not that God’s forgotten, but you are reminding the enemy and yourself that you understand,

Habitual sin tries to stop your identity and inheritance from breaking through because the wage of sin is death. Generational curses flow from one generation to the next and must be confronted when going through inner healing and deliverance, or they create fear and confusion, also hindering your breakthrough. All these things are part of understanding spiritual warfare.

If we don’t understand spiritual warfare, then when good things start to come, we have a hard time believing it. We must believe to receive (Matt. 21:22).

Think of it this way:

If you’ve ever gone on a mission trip to a third-world country and given children a gift, whether it’s soccer balls, stuffed animals or food, if they’re in an abused, neglected, poverty situation, you would think they would come and grab anything that is offered. But they don’t.

They hesitate because 1) they aren’t used to receiving gifts, and 2) they struggle to believe it is legitimate. They want to know, “What does this person want from me in return?”

This is how we can operate if we don’t understand who we are and our covenant rights in spiritual warfare.

We must be able to come boldly into the throne room of God when we’re doing spiritual warfare, knowing that our gifts are paid for, that we are welcome, and that the Lord is honoring us because we’re asking Him first.

So, we must repent from the habitual sin that is currently in our lives, and we all have it. And then we need to cut off and come out of agreement with generational curses that we know. When we go into the courts, we need to understand we’re going in washed white as snow. {eoa} 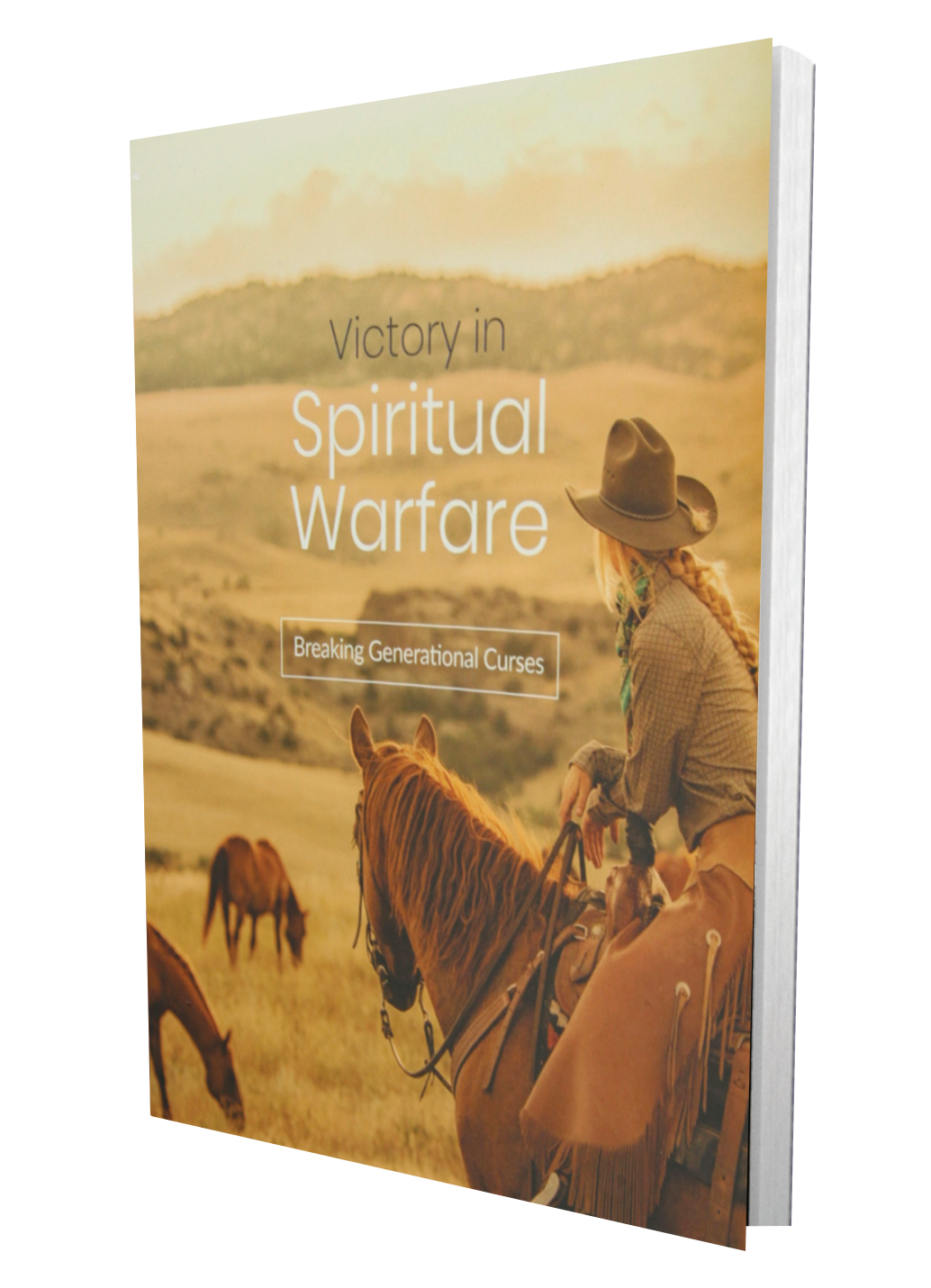 Click here to bring Curt Landry’s book on Spiritual Warfare home with you.

Curt Landry, founder of Curt Landry Ministries, and his wife, Christie, travel extensively, preaching and teaching about the Jewish roots of the Christian faith. Together, their passion is to empower families to live and leave Kingdom legacies and understand their own personal heritage.