When Jonathan Cahn finished his latest book, “The Return of the Gods”—released by Charisma Media in September 2022—he had asked and answered many chilling questions:

Is it possible that the ancient entities known as “the gods” have returned to our world?

Could these gods lie behind what is happening in our culture today, everything that is now changing our families, our children, our businesses, our government, and our lives?

In the book, Cahn reveals a mystery that spans the ages—how America has opened the door to a dark trinity of ancient gods that has returned to our world, how they are working and moving in all that is taking place around us, initiating social upheavals and cultural revolutions, indwelling our politics, transforming our world—and even our lives.

But on the very day that the book was finished, something remarkable happened. Cahn had to tack on an unplanned epilogue to the end of the book in order to address a stunning verdict handed down by the Supreme Court and how it all fit into the mystery.

A Stunning and Eerie Mystery

Cahn finished writing “The Return of the Gods” on June 24, 2022. That was the exact same day that the Supreme Court overturned Roe v. Wade, the ruling that made it illegal for abortion to be prohibited in any part of the nation. It was perhaps the most dramatic Supreme Court ruling in living memory.

“My previous book, ‘The Harbinger II,’ came out in 2020,” Cahn writes in the epilogue. “In the chapter titled ‘The Plague’ I wrote of the Jubilee of abortion. In the Bible the Jubilee was the year of restoration, restitution, redemption, release, freedom, reversing, and undoing. The Jubilee came once every fifty years.”

“The prophet Jeremiah warned his nation that the shedding of its children’s blood would lead to judgment,” Cahn writes. “The death of the little ones would be answered by the death of the generation that had murdered them. One of the ways in which that death would come, according to Jeremiah’s prophecy, would be in the form of a plague.”

The fiftieth year after New York legalized abortion on demand was 2020—the Jubilean year of abortion’s entrance into America. “That year death came to America as it had in ancient times,” Cahn notes, “in the form of a plague. The plague was given the name COVID-19.”

But there was another year and another mystery, says Cahn. “What began in 1970 culminated in 1973 when the Supreme Court ruled on Roe v. Wade and, in effect, made abortion the law of the land. That meant another Jubilee was coming. When was the Jubilean year of the Supreme Court ruling? The fiftieth year began on January 22, 2022, and would last until January 22, 2023.”

In The Harbinger II, Cahn wrote this concerning the fiftieth year of abortion in America: “The Jubilee was the reversal of what had been done since the last Jubilee.”

“So in the Jubilean year of 2022, what had taken place in 1973, Roe v. Wade, was reversed,” Cahn writes. “What had been done was undone. The Supreme Court of the fiftieth year had reversed and undone the ruling of the Supreme Court fifty years earlier.”

In The Return of the Gods, Cahn reveals three specific ancient gods—the dark trinity—and takes a shocking look at how they have changed our culture, from what we see on our screens and what our children are being taught in schools, to current events, news, and the movements of our time. 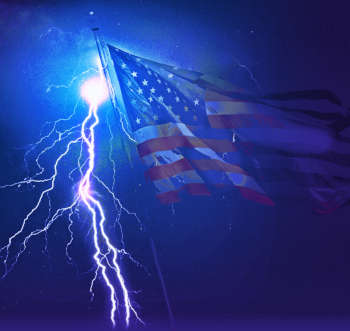 Cahn refers to the last of these three gods as the Destroyer. “He was the god especially known for child sacrifice and as such, he was the principality most especially bound to and behind abortion,” says Cahn. “It was a striking thing that the last revisions needed for the book in the days leading up to the Supreme Court ruling focused on the sacrifices of the Destroyer.”

The ruling that overturned Roe v. Wade did not end abortion. It did not bring the reign of the Destroyer to an end. But Cahn says it did inaugurate a turning back. In many parts of the nation, it would render the Destroyer’s altars inoperable or remove them altogether.

Is America Headed for Revival or Judgment?

As in his previous books, Cahn uses the Bible to align the pattern of the fall of ancient Israel with what is currently happening in America. In “The Return of the Gods,”, he reminds readers that there were times in ancient Israel’s history that the nation was saved from the brink of judgment.

“It happened in the days of spiritual revival, when the nation turned back to God,” he writes. “The most salient sign of that revival and that turning back was the breaking down or removing of the altars that dotted the land in honor of the gods.”

In the wake of the Supreme Court decision of 2022, America would witness, in many of its regions, the removal and breaking of the Destroyer’s modern-day altars. Cahn questions whether this would be a sign of revival—the beginning of our nation’s return to God, and its restoration—or it would be an anomaly over which the nation would further divide as it continues its fall from God.

It’s significant to note that “The Return of the Gods” was completed on the exact day that the Supreme Court, after fifty years, overturned its ruling on abortion. “The book uncovers the gods and their works in our own day,” Cahn says. “The Supreme Court ruling was a turning back of the Destroyer. It was an act of life against death. It was a stand against the gods, the breaking down of their altars.”

Cahn ends by saying that it was a sign to all those who seek to walk in the ways of God.

“All who are called by His name can take encouragement, heart, strength, hope, and courage,” Cahn says, “to live unbowed in the face of the gods. It is time to be strong and of good courage. It is time to be bold. It is time to let go of all fear and concern and to take a stand against the darkness and for the light.

“The darkness will end, but the light will be forever,” he concludes. “And so as it is written, be strong in the Lord and in the power of His might, for greater, much greater, is He who is in you than he who is in the world.” {eoa}