If you do an internet search asking questions such as “What does the Bible teach about hell?” some of the first few results will be from false teachers. Here are the titles of webpages that popped up at the top of my search:

Jesus’ Message to Us Through the Parable of the 10 Virgins

In the Parable of the 10 Virgins (see Matthew 25:1-13), Jesus provides a challenging message to all of us as we anticipate His coming. In the parable, the bridegroom, of course, is Jesus. Everyone expected the wedding to begin at a certain time, but the bridegroom was late. He arrived much later than anyone expected—at midnight. 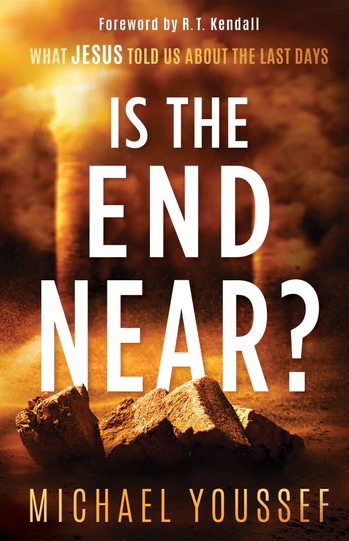 The Bible tells us that, at the end of history, there will be a great falling away. Many who claim to know Christ, who claim to be Christians, will be revealed as faithless. About those days Jesus warned, “Because of the increase of wickedness, the love of most will grow cold, but the one who stands firm to the end will be saved” (Matthew 24:12-13).

Many in the church today are like the foolish virgins in Jesus’s parable. They have fallen asleep and are unprepared for His coming.

It’s time to wake up and prepare for His return. It’s time to ask God to strengthen our faith and give us power to work for His kingdom, knowing that the Bridegroom could arrive at any moment. {eoa}

For more information or to order Michael Youssef’s book, “Is the End Near,” please visit mycharismashop.com.

Dr. Michael Youssef was born in Egypt and lived in Lebanon and Australia before coming to the United States, where he fulfilled a childhood dream of becoming an American citizen. He holds degrees from Moore College in Sydney and Fuller Theological Seminary in Pasadena, California, and a doctorate in social anthropology from Emory University in Atlanta. He founded The Church of the Apostles, which was the launching pad for his Leading The Way television and radio international broadcast ministry. Dr. Youssef has authored more than forty books, including popular titles such as Saving Christianity? and Hope for This Present Crisis. He and his wife, Elizabeth, reside in Atlanta.