Is it possible that behind the pearly gates of heaven there are murderers, pedophiles and cannibals walking along the streets of gold? We are taught in the book of Romans, “That if you confess with your mouth Jesus is Lord, and believe in your heart that God raised him from the dead, you will be saved” (Rom. 10:9).

“I have come to believe that the Lord Jesus Christ is the true creator of the heavens and the earth. I have accepted Him as my Lord and Savior and I believe that I as well as everyone else will be accountable to Him.” These are the words of convicted serial killer Jeffrey Lionel Dahmer, also known as the Milwaukee Monster. There has been a resurgence of interest in the heinous crimes committed by Dahmer after the Netflix series was released in September 2022. Since its release, ‘Monster: The Jeffrey Dahmer Story,’ has streamed over 850 million viewing hours.

The crimes Jeffrey Dahmer committed will always be remembered for their repulsive and grotesque nature. Between the years 1978 and 1991, Dahmer killed, dismembered and cannibalized 16 men in Milwaukee, Wisconsin, and one in his family home in Ohio.

“I grew to deeply appreciate and respect Jeff, mostly because of his thirst for truth and his hunger for what was right and what was wrong,” Ratcliff said. He baptized the prolific serial killer in the prison and met with him weekly until Dahmer was murdered by a fellow inmate in November 1994. Ratcliff eulogized Dahmer at his funeral service, stating, “Jeff confessed to me his great remorse for his crimes. He wished he could do something for the families of his victims to make it right, but there was nothing he could do. He turned to God because there was no one else to turn to, but he showed great courage in his daring to ask the question, ‘Is heaven for me too?’ I think many people are resentful of him for asking that question. But he dared to ask, and he dared to believe the answer,” Ratcliff recalls.

While the judicial system sentenced Dahmer to 16 consecutive life sentences for his egregious crimes, God’s grace guaranteed him eternal salvation. In his book ‘Total Forgiveness,’ author R.T. Kendall states, “Grace is undeserved favor. Mercy is not getting what we do deserve, grace is getting what we don’t deserve.” As believers, we know that no sin is beyond the reach of God’s grace, and where sin increases grace increases all the more. We must remember, it is not about the severity of the sin, it is about the atoning sacrifice of Christ. 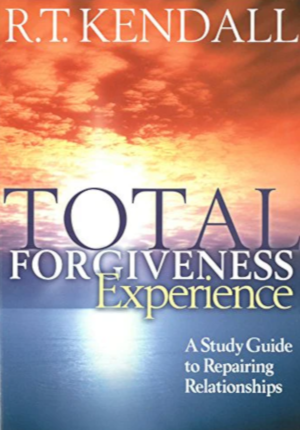 The shed blood of the sinless Lamb of God is able to cover everyone who believes in Him and there is no limit to the size or graveness of sins covered. As Kendall says, “We must let God be God and the blood of Christ do what it in fact did; remove our guilt and satisfy God’s sense of justice.”

With Dahmer’s sadistic appetite for gruesome murder, many people feel that it is unfair for him to be in a better place and for Netflix to capitalize on their recent productions. Ratcliff contended “It’s unfair for anyone to go to heaven because heaven is not for good people. Heaven is for people who have turned to God.” Although the pain remains for the families of the victims, we know that “all things work together for good to those who love God, to those who are called according to his purpose” (Rom. 8:28). ‘Total Forgiveness’ explains, “Whether your enemy is temporary or a ‘life sentence,’ never forget that God is at the bottom of it all.”

While many believe that Dahmer’s salvation was not sincere or deserved, only the Lord knows the true condition of Dahmer’s heart. Ratcliff states “I think he is in the hands of God, I think he has embraced God and God has embraced him back.” Romans 5:20 teaches us, “Where sin abounded, grace abounded much more.” This grace is available for all sinners who call upon the name of the Lord. Kendall’s ‘Total Forgiveness‘ captured the nature of grace best, “Grace isn’t grace if we have to be good enough for it to apply to us.” {eoa}