Depression, anxiety, crime, pornography and suicide. These are words that are frequently associated with children in America today, and they paint an ugly picture of the culture that has been forced upon them.

Ever searching for something—anything—to entertain them, children have often turned to the toxic environment of violent and provocative video games and television that pollute their minds with images of death, sex and other things that have drawn them away from biblical teaching and a relationship with their Creator.

And it’s something that breaks the heart of Brent Dusing, the founder and CEO of TruPlay, a Christian entertainment company that has created transformative digital experiences for children in the form of games and products that embed a faith message into an engaging and interactive medium.

Dusing says his company is not only a business, but it’s a movement to help draw children of all ages, including teens, to engage with Christ and with the Bible and to help set them on a path to a Christ-like life of love and encouragement instead of one of despair and destruction. 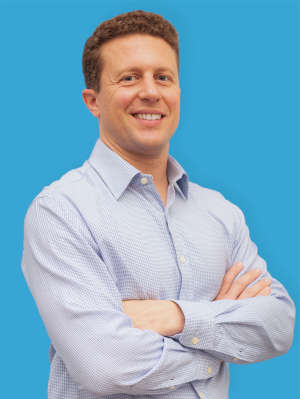 “What we’re doing is we’re building a multimedia experience for families that is beautiful, fun and exciting, but that also contains God’s Truth,” Dusing says. “This is really a movement we’ve started to say, hey, we’ve got to stand up for the next generation. We’re the adults in the room. I know there is a lot of people out there that are passionate about our culture and what our responsibilities are to the next generation.

“We want to change lives for children—not just in America—but around the world. And we want to do our best to represent hope and God’s truth and to be a voice that says, hey, God loves you. You’re a special and wonderful creation, and yes, the Bible is true. There are a lot of wonderful things that God’s Word contains, and we’re telling them that they can have fun and entertained and participate in virtue.”

And how is TruPlay going about it? In September, the company launched the first major NFT release by a Christian company with the release of 6,650 Genesis NFTs, which a press release says “minted out within 10 minutes” on Sept. 15.

Secondary sales of the NFTs on the day of the release yielded more than $200,000 in volume within the first 24 hours on OpenSea, the world’s largest web3 marketplace for NFTs and crypto collectibles.

According to Dusing and TruPlay’s research:

As for the logistics of the games themselves, the newly-released NFTs, according to TruPlay’s press release, represent seven heroic characters, each unique in personality and purpose, who live in ‘RhymVerse,’ a gaming world where God is real, and the Bible is true. The heroic animal children have their own unique personalities and struggles. They use their giftings to restore truth and goodness to the many environments in RhymVerse. To face the various evils around them, the heroes must use all their weapons to win the fight, including their childlike faith and reliance on God.”

RhymVerse is currently in development and will launch in 2023.

“Many people are often quoted as saying children are our most precious resource,” Dusing says. “But if you were, say, an alien, and you came to earth, you wouldn’t really see that right now.”

But the games are not only for younger children, but for teens as well. TruPlay produces Bible-based games like “Stained Glass,” a match-three game that was designed by two Apple Award winners and was the most popular and highest-rated Christian game in the App store.

“The Journey of Jesus” and “The Journey of Moses” each take players through the major story arcs of the Bible, incorporating Scripture and using digital animation and engaging gameplay.

Dusing Was a Gamer

A gamer himself as a kid, Dusing grew up on video gaming systems like Nintendo, and on individual games like, Zelda and Mario Brothers. He has pioneered game creation with Christian content through Lightside Games, a Christian gaming studio reaching more than 7 million game players worldwide. Engaged in a partnership with the Billy Graham Evangelistic Association, that resulted in 25,000 decisions for Christ.

As the founder and CEo of Cellfire, Dusing created the nation’s leading mobile coupon company used at grocers like Safeway and Kroger.

But products of Dusing’s youth, mostly harmless ventures for kids during the 1980s and 1990s, have morphed into today’s video games like video games like Dead Space 2, Mortal Kombat and Call of Duty: Black Ops. These are only three of 10 that parenting.com labels as “10 Violent Video Games to Avoid.”

Dusing acknowledges that, with today’s technology, kids are going to gravitate toward their iPhone’s and toward video games to keep themselves entertained, but that something more positive and more wholesome must be offered to them to keep them out of trouble. A 2018 study conducted by the National Academy of Sciences only confirmed the link between violent video games and physical aggression, yet the gaming companies continue to churn them out and to appeal to kids.

A Focus on the Family article revealed that, before the days of the Internet, “children were typically between the ages of 11 to 13 when they began by viewing soft-core pornography found in magazines. … Some researchers have stated that the average age of exposure to pornography is down to eight.”

In addition, Dusing says, the statistics on children’s exposure to Jesus and the Bible are way down.

“The worst statistic of all is that, while 62% of Americans over 40 believe in God, only 32% of children believe in God in America,” Dusing says. “That’s inconceivable.”

And that’s what TruPlay games, based out of West Lake Hills, Texas, is all about—changing the culture for a safer world for our children. A full platform of other new games, videos and related content will release in 2023. The company says it has raised “over $20 million in investor capitol, which validates its vision to create safe, edifying content for children.”

“I would encourage people to go to our website and, even though we don’t launch until next year, they can enter their email so they can get notifications of when it comes out,” Dusing says. “We’re on social media—Twitter, Facebook, Discord. We would love to have people support us, but we’re also doing tests with these games.

“And oh, we’re hiring a lot of people. If anyone is interested in working with a very high-caliber, world-class team of technology experts and game makers and story tellers, we’d love to talk to you.” {eoa}